Autumn is never my favorite season but it is perhaps the season that I find myself savoring moments and days the most. Soon a bitter north wind will be blowing and the 2009 gardening season will be but a memory and photos. In the mean time there is much to admire on these balmy late autumn days.

Panayoti Kelaidis wrote about a nice array of fall blooming crocus last month and mentioned several other genera that spring to action as the days shorten. Continuing on that thread I have two genera that help brighten the shorter days of the year.

Galanthus or snowdrops are synonymous with the first flowers of the New Year. In less than two months Galanthus elwesii will announce the “official “start of 2010 flowering season in the rock garden, however just like Crocus, Colchicum, and Cyclamen the genus Galanthus has members that flower in all three seasons, winter, spring and fall. Over the last few years I have been able to obtain several species of fall blooming Galanthus. I was hesitant at first thinking that they may not be hardy in our climate, however like many Mediterranean based groups of plants they have more hardiness than their origin would hint. Many snowdrops, crocus, hellebores and cyclamen are native near or around the shores of the Mediterranean. 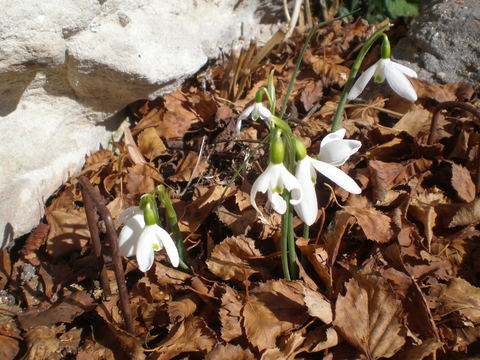 Galanthus peshmenii is currently putting on a spectacular (spectacular is different for snowdrops than dinner plate dahlias ) show in the rock garden under the Western river birch. This is their first big show, planted early last fall the bulbs did bloom but like all Galanthus they enjoy a season or several to settle into their new digs. Hopefully every fall the show will be as good as this. Tucked away under a rock shaded by the same birch is Galanthus reginae-olgae from Greece. This accession has been in three years now and has bloomed religiously every fall. Now if only it would bulk up through offsetting. Soon the blossoms on these Galanthus will wither and the darkest days will descend, but at least it won’t be long before the “traditional” snowdrops start in the rock garden. 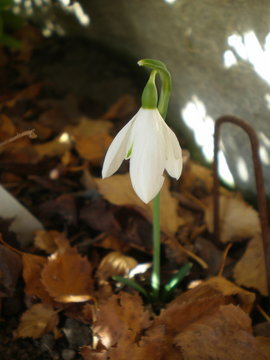 Weirder and probably more unfamiliar than Galanthus was Biarum marmarisense an arum relative (think Peace lilies or the Amorphopallus that Panayoti blogged about) also from the Mediterranean that bloomed in Oct. While the blooms have withered for the year, photos preserve the event for all who missed it. Perhaps even more risky horticulturally than the Galanthus this was planted in the fall of 2008 and made it through one Colorado winter. Only time will tell if Bairum are meant to grace Colorado gardens with their alien flowers. 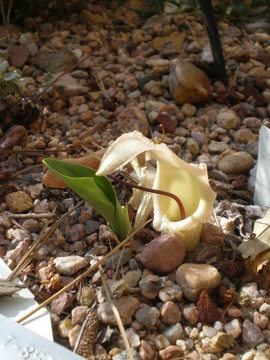 Tuck a few fall blooming bulbs into your own garden or come and admire the second spring in the Rock Alpine Garden and other outdoor gardens at DBG that feature autumn flowering bulbs. Winter won’t be quite as long.