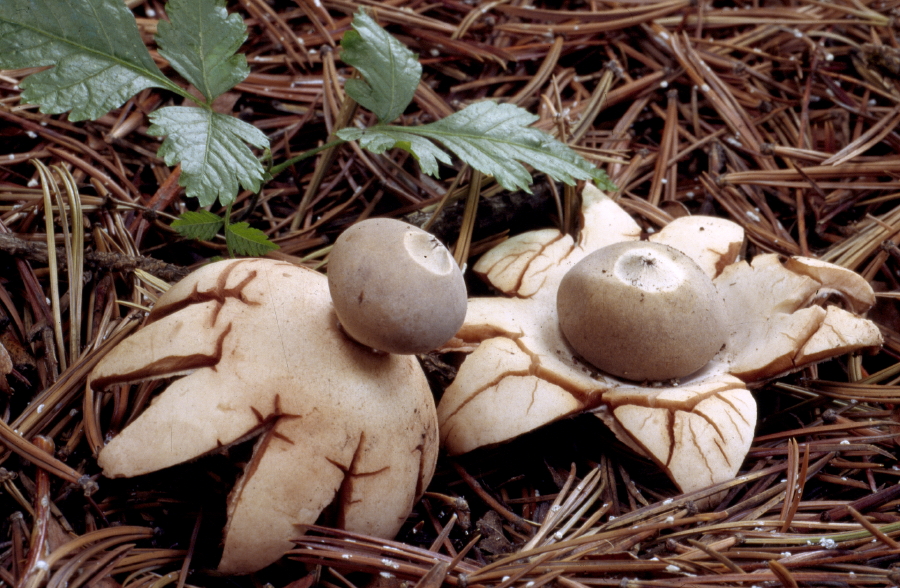 Three new Colorado records of mushroom species were discovered among our collections of our Sam Mitchel Herbarium of Fungi, thanks to a visit from Gasteromycete specialist, Dr. Scott Bates.  Dr. Bates identified a Tulostoma and a Geastrum (an earth star, pictured above) which have never been documented as occurring in the state before now.

The Geastrum has been collected three times throughout the last decade right here in the  Botanic Gardens, presumably brought in by landscaping projects and then the spores have migrated with the help of our gardeners. It has not been reported here in the wild but Scott Bates has recorded it from Arizona in natural habitats. These are puffball-type mushrooms, fungi that form pretty, bulbous, white fruiting bodies;  what we know as mushrooms are the fruiting body or reproductive part of the fungi, which is mostly underground. The photo below shows Bob Brace, a former herbarium volunteer, holding a fine specimen. 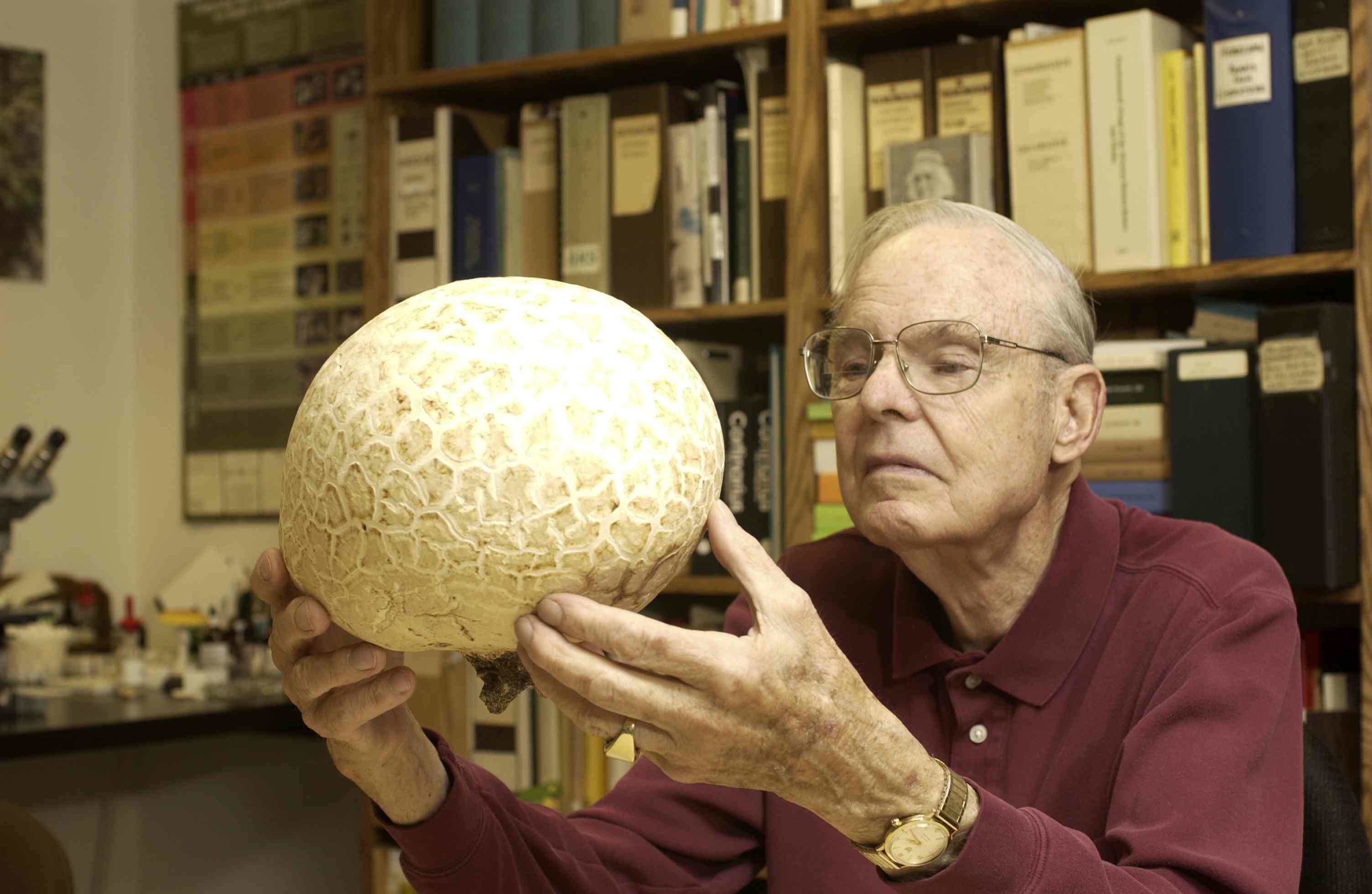 Because identification of mushrooms is so difficult, it is believed that only a very small percentage of existing species are even known to science.  Hence, identification by visiting experts is critical for any herbarium to determine if previously collected specimens might have been misidentified, or to update names that have been changed.  Dr. Bates has extensively studied the Gastromycetes (puffballs and their allies) in desert areas of Arizona and has a great interest in our specimens that have been found in prairies and mesas of Colorado.