Signs of a new season 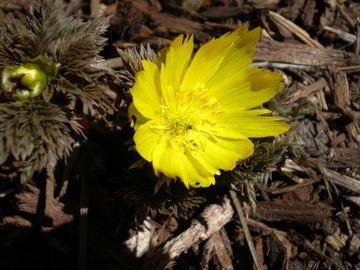 Contrary to popular belief  plants are not as dormant in winter as one would think. Even in a rather harsh climate like Denver there are flowers that bloom outside through the colder months.  Adonis amurensis is one such plant that blooms while the year is young.  Galanthus elwesii is another early bloomer that has stired to action in the last few weeks. Both can be found in the Rock Alpine Garden. These two hardy souls join the Helleborus niger that has been in bloom for two months in the Rock Alpine Garden and was the topic of a previous blog at Christmas.  The Adonis is hidden in the far southeast corner of the rock garden under a buckeye tree next to the neighbors house. The Galanthus are lurking in the far western part of the rock garden, behind the Cactus and Succulent House against the Cheesman Park fence. 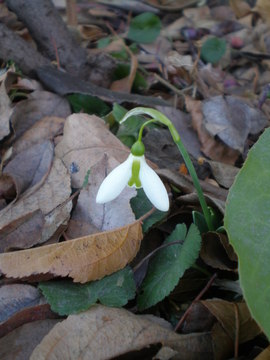 Both are still rather close to the ground but with some warmer days their stems will lengthen  and soon they will come into full flower.  Despite their delicate demeanor both will easily tolerate temperatures into the single digits with no snow cover.  A light covering of snow will bring them through even colder temperatures.  Soon other earlier bloomers such as Erica, more Helleborus, Crocus, Iris reticulata, and Cyclamen will join them. Spring is just around the corner!