Neither scruffy nor scrophulous: Scrophularia macrantha 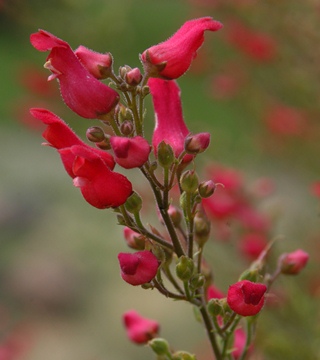 "Scrofulous" is defined as "morally tainted" by the dictionary...what this has to do with the genus Scrophularia escapes me. Over the years we have grown no end of rather scruffy little Scrophs: most have lacy leaves and blackish flowers. But there are a few beauties that show great promise. Queen among these is Scrophularia macrantha, a highly local plant from a few sky islands in New Mexico. It can be found many places at Denver Botanic Gardens, chiefly in the Plant Select garden where it is creating a spectacle (and attracting the occasional hummingbird). It is available at most independent garden centers locally as well. David Salman of High Country Gardens gave it the common name of "red birds in a tree"--so very imaginitive and it seems to be sticking! 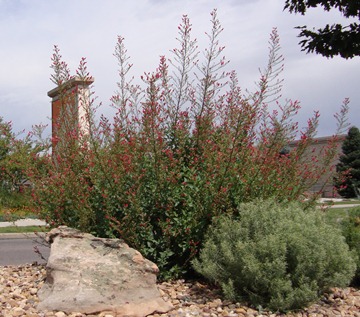 The amazing horticulturists of the city of Lakewood have planted this "rare" plant throughout the hell strips of the city, as well as in many of the parks and especially in the extraordinary displays at Kendrick Lake and around the Lakewood Municipal buildings. The picture above was taken on Alameda Avenue. 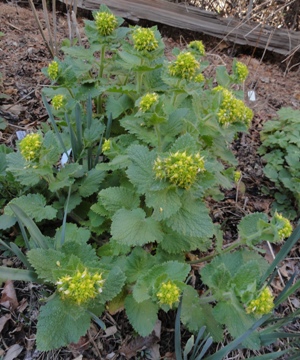 We have grown a handful of species of Scrophularia over the years, mostly with tiny black flowers and cut leaves. I have always been charmed with this early spring blooming species from Western and Central Asia. Alas, it is barely on the fringes of cultivation. But perhaps our propagators will grow lots of them for upcoming plant sales?