Late autumn glory: crocuses and colchicums still at it!

Now Ellen! I don't decry your lovely shots of snow, but flowers are still blazing out there! Let's not rush into this winter thing quite yet (although I don't deny we've had two good blasts of snow the last few weeks). I counted dozens of plants with flowers lingering, and there are (in fact) a few that are actually at the very peak of  bloom, despite some very frosty nights of late...the most glorious of these are several kinds of (true) autumn crocuses, such as... 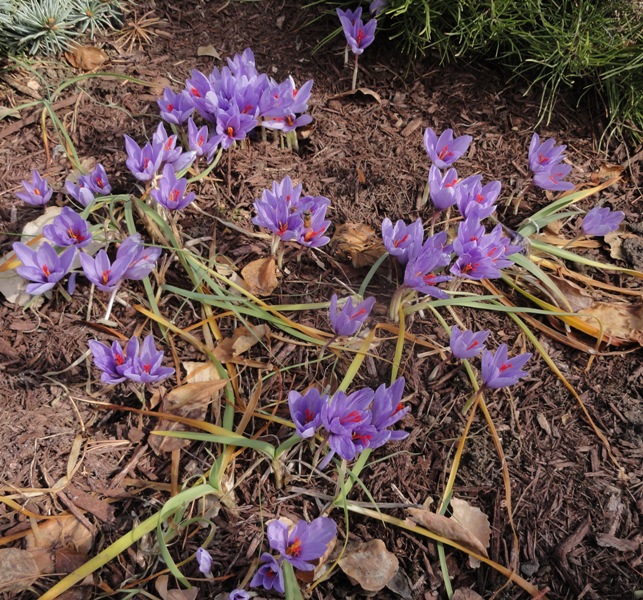 Crocus medius brings a vibrant blast of Mediterranean color and always seems to pick mid-November to strut its stuff. We have clumps that are 30 years old, although this wonderful planting (this is just a corner...there are hundreds) was just put in a few years ago. Worth making a pilgrimage to the far west end of  the Gardens to worship at its feet on a sunny November day, believe me! Those anthers are something! 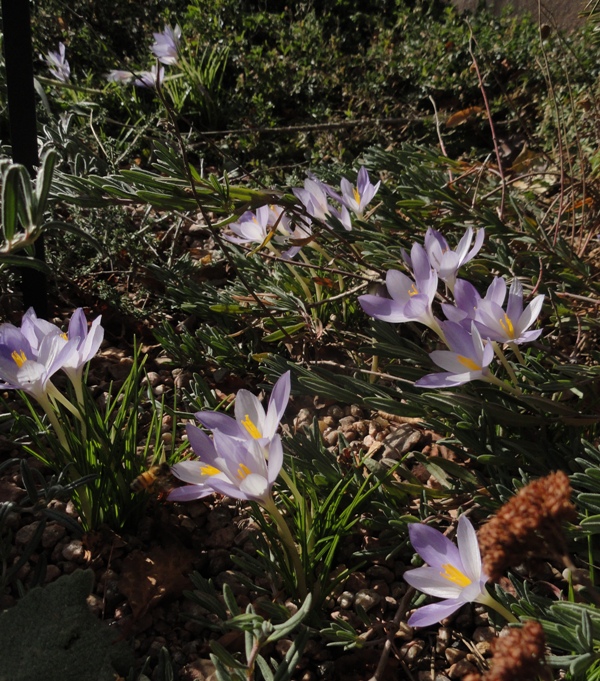 You shall just have to take my word for it, but there are hundreds of these blooming just east of the Cactus and Succulent house, and they are glorious. This wonderful crocus was only discovered a half century ago on the Mani Peninsula by its namesake botanist (Dr. Constantine Goulimis, a remarkable Greek polymath lawyer). Each year it blooms, I imagine Constantine's amazement when he stumbled upon the vast colonies of this that stretch along this rugged, remote peninsula. 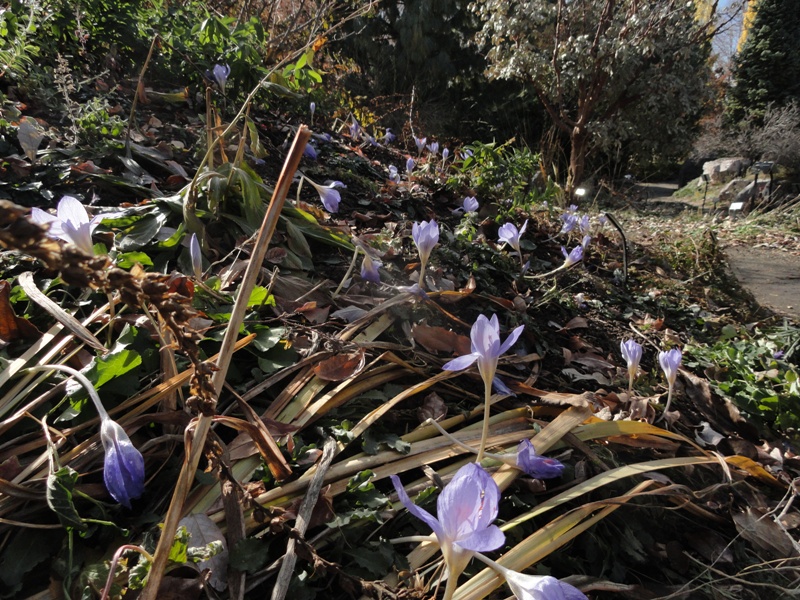 I have been marvelling at Crocus speciosus in my own garden for nearly two months, and here it is still blaring its brilliant lavender trumpets in mid-November. Some day I must go to the pinewoods near Constantinople where this grows by the million I am told...(I mean Istanbul..or to be precise, "Rum"). 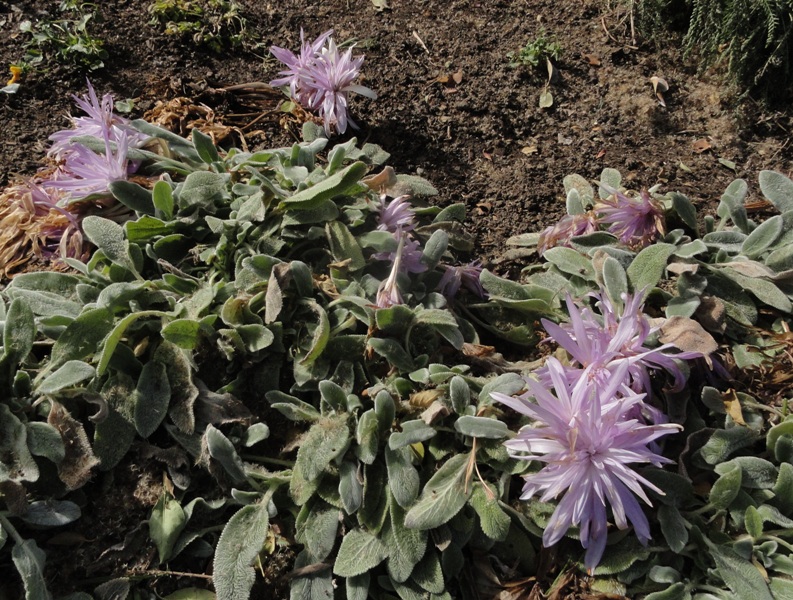 And finally, there are still some ""Autumn Crocus"" in bloom (the multiple quotes are meant to alert you to the fallacious nature of the name. People still insist on calling Colchicums crocuses, although they are more closely allied to lilies (albeit botanists have recently put them in their own family: Colchicaceae!). Lilies have six stamens, but Iridaceae like Crocus only have three. End of botany lesson! But it is not the end of our flowering season by any means. I suspect that the grove of Witch Hazels at Regis Arboretum are coming into bloom any day now (Hamamaelis vernalis) and  my Daphne x transatlantica has hundreds of fresh flowers. There are several species of cyclamen still blooming, and pansies around town are just kicking in. Let's not forget unseasonable blooms on lots of ice plants, phlox and geraniums! And of course, the Ussurian pears, the rowans and most oaks around town are ablaze with spectacular autumn color. The calendar and I proclaim that winter is still not here. Ellen--let's not rush things!