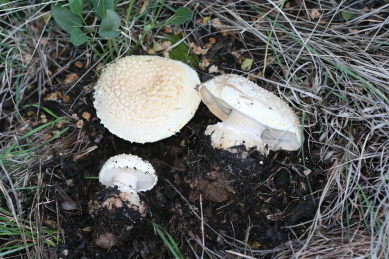 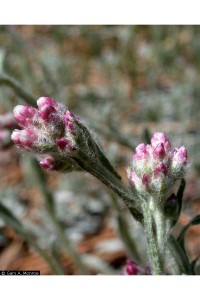 Over fifty species were added to the list of known flora and fauna at Soapstone Prairie, including a mushroom (Amanita sp) that may be new to science (see photo above)!  This mushroom was found by Jack Jones and other members of the Colorado Mycological Society under mountain mahogany, Cercocarpus montanus Raf.  This association alone may give us a clue to its identity, since the shrub is known to have a mutualism with higher fungi. The specimen has been donated to our herbarium so further work can continue. Without the Bioblitz, these species might never have been known.  Denver Botanic Gardens' Dina Clark said of the event:

“My parting image of the Soapstone Bioblitz was coming upon the beetle people … standing on a hill adjacent to a white sheet that had been strung between trucks, the bottom edge held down by rocks with a black light shining on the fabric. Not the average scene encountered at roadside. I slowed down and asked if they were the beetle people, and in return they replied in a nonplussed fashion that they were. I then told them to ask for Georgia Doyle back at base camp as she had some potentially interesting beetles in her shirt pocket. I thought afterward [of] the exchange that we had seemed so normal, but perhaps it would be unusual for the average person. That is too bad. What a true gift the Earth is with all of its creatures, and what an opportunity it is to encounter and work with the people who are interested in its diversity.” For more information and a complete species list, see their official website: http://www.fcgov.com/naturalareas/bioblitz.php

This blog post was written by Anna Sher, Ph.D., former director of the Research & Conservation Department at Denver Botanic Gardens.