The collection has alpines from around the world with a focus on Western North America, European Alps, Central Asia and other semi-arid mountain ranges. The garden has a large collection of traditional alpine genera such as Androsace, Dianthus, Draba, Primula and Saxifraga. It also has a large collection of chasmophytes such as Rosularia and Sempervivum species. Facultative alpines are well represented with Acantholimon, Phlox and Thymus. 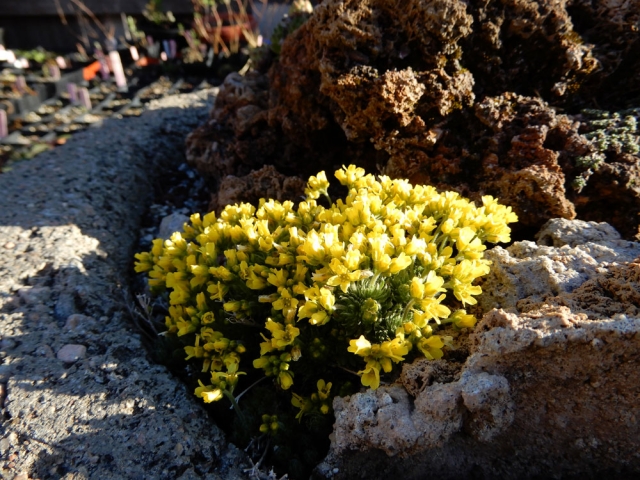