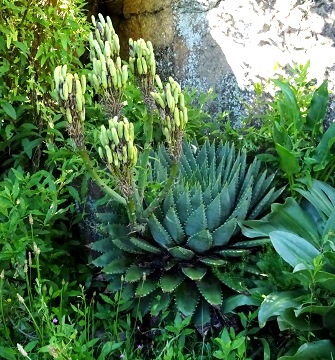 Few plants better epitomize the quandaries of plant conservation than this iconic aloe, endemic to the heights of south-central Lesotho, South Africa. Once relatively abundant (Alan Beverly estimated at least 10,000 a half century ago), this magnificent national flower of Lesotho has become extremely rare in nature...although increasingly abundant in gardens. 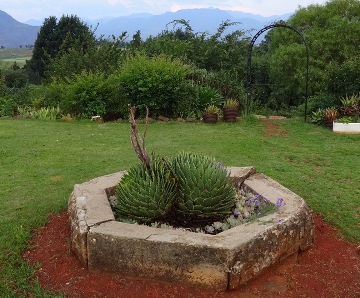 There is reputedly a nursery selling plants in Lesotho grown from seed, but as I travelled around the country, I only saw massive plants like these that I suspect where harvested in the wild. Wild collection is certainly one reason that so few of these are still found growing wild--that and the fact that they make a fascinating sound when giant rocks are tossed into them (the countryside is filled with bored, young pastoralists who are very efficient at lots of things--killing anything that moves, and killing aloes). 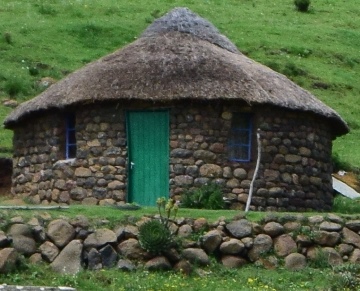 Aloe at a typical roundeval in Lesotho

Again and again as we drove through villages I'd notice spiral aloes growing at this or that roundeval: happy and quite enormous. I didn't notice any little ones--perhaps they were there?

Of course, collecting even seed of this is strictly prohibited, the sale of large specimens especially so (and always has been). Nevertheless, Aloe polyphylla has been firmly established in cultivation over the last half century. In fact, some nurseries in California have enormous stock beds that are beginning to produce vast quantities of seed. I have seen plants marketed quite cheaply at Denver area garden centers the last few years--some by Monrovia, one of the largest growers in the country.

Colorado columbines are sold by the thousand (if not million) each year in our area--and never cease to retain their glamour and beauty as a consequence. Is the Spiral Aloe diminished if it becomes more widely available commercially? I don't think so. The solution to pollution is dilution--a well known adage. I'd like to coin a new one: the Salvation from Depradation is Propagation!

If this plant had not slipped into cultivation decades ago, I believe it would truly be in peril of disappearance. I believe one day those cultivated plants may provide a gene pool that could re-stock the wild populations that have succumbed to the destruction that often comes to plants in poor countries that have little in the way of environmental education or enforcement.