Representation in Botany and Horticulture: Part 6

The Gardens’ mission is to connect people with plants. The actions we take in pursuit of that mission are guided by our core values, one of which remains especially relevant today: diversity. We have an incredible and obvious diversity among our plant collections, but we also strive for a diversity in the people we are connecting with those plants. Sometimes, all it takes is a single plant to connect a variety of cultures. 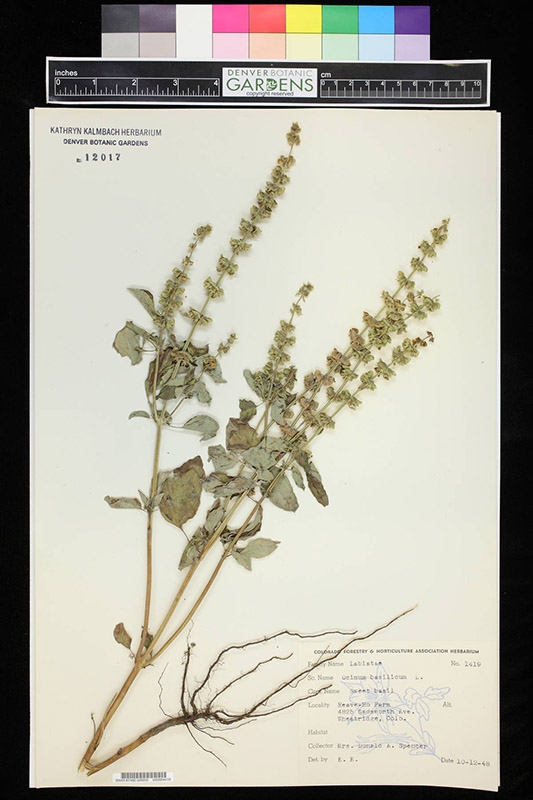 Basil, the genus Ocimum, is an herb indigenous to Africa and Asia and naturalized in the Americas, and people on all three continents in both the past and present have an array of cultural associations with it.

In ancient Egypt, sweet basil (Ocimum basilicum) was used in the embalming process. An ancient Greek historian named Herodotus wrote about the mummification process of the Egyptians in his 5th century BCE work, Histories. Herodotus is known to have been quite liberal with his histories, and not all have stood up to the tests of science and modern historical scholarship. But recent studies analyzing the vapors of mummies have confirmed the use of herbs and spices in the embalming process, including basil. 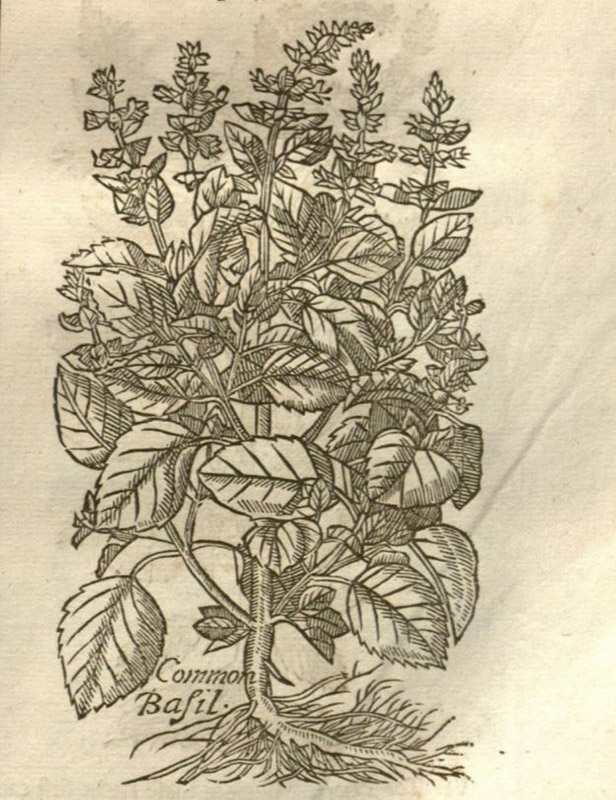 Across the water, ancient Romans believed that sweet basil required harsh conditions to be able to prosper. When they planted basil, they would stomp on the seeds and shout curses at it to ensure a strong, healthy plant. It’s possible that this is the reason in Italian folklore that basil can be symbolic of hatred.

In India, tulsi, or holy basil (Ocimum tenuiflorum), is tied to the god Vishnu and holds great significance in the Hindu religion. Although the exact story varies, Vishnu tricked and seduced a beautiful – and faithfully married – woman named Vṛinda̱, who then cursed Vishnu by turning him into a stone. Vishnu, in return, turned Vṛinda̱ into a tulsi plant, after which she was transformed into the goddess Tulasī. Caring for a tulsi plant is considered a sacred practice and having tulsi in the home signifies Vishnu’s protection of it.

Basil is also significant in Christianity, especially in Orthodox traditions. Teachings suggest that Empress Helen, mother of Constantine, found the location of the cross of Jesus by digging beneath a basil plant after being attracted by its fragrance. The story is celebrated with a yearly feast called the Exaltation of the Cross, and basil features in decorations as well as in special services.

If you would like to read more about the cultural histories and associations of plants, then head over to the library’s online catalog where we are featuring ebooks on plant mythology and folklore – accessible right from home! If you are interested in reading ebooks, or would like more information about how to access them, then please email the library at library@botanicgardens.org