Like a Phoenix: Fungi That Arise from the Ashes of Forest Fires

The scientific study of fire in nature is a growing field known as fire ecology. In this field we have learned that trees like lodgepole pines (Pinus contorta) require fire to complete their lifecycle (see this example of serotinous cones). The field has also observed that the act of fire suppression can introduce complications. For instance, suppressing natural fire tends to favor tree species like Englemann spruce (Picea englemannii). Because spruce are more susceptible to wildfires compared to other trees in the region like pines and aspen, a dominant forest of them can increase the intensity and severity of forest fires.

The year 2020 was a significant year for forest fires in Colorado. Both the Cameron Peak and Troublesome Fires combined to burn an unprecedented 400,000 acres of forest. In the wake of these fires comes the assessment of the damage, but also a unique opportunity to learn how forests respond. 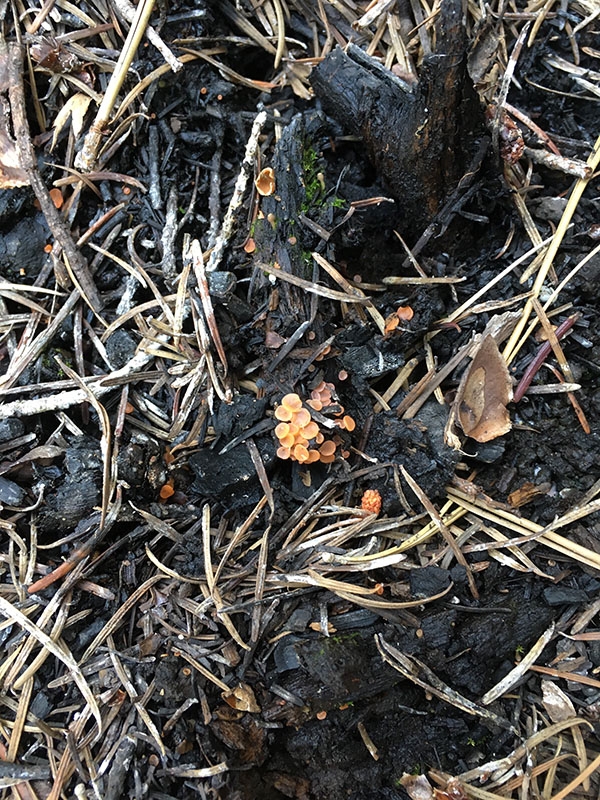 One under-explored aspect of fire ecology are the pyrophilous fungi (AKA “fire fungi” or “burn fungi”). The name is appropriate as “pyro” translates to “fire” and “philous” translates to “loving.” These fungi are often seen growing in the remnants of forest fires, fruiting from the charred remains. We have long known that fungi are incredibly important to the growth of forests and their trees. The ecosystem services fungi provide can range from root symbiosis (ectomycorrhiza) to wood decay. All the activities of soil fungi require their filamentous strands to permeate through the ground, which helps to bind and stabilize soils.

How do fires affect fungi? Which fungi are specifically adapted to fire and what role do they play in forest recovery? These questions have long gone unexplored largely due to limited opportunity from fire suppression, compounding the difficulty in studying an already challenging group of organisms.

When wildfires do occur, it is important to use the opportunity to learn. In 2016, a wildfire burned in the Great Smoky Mountains National Park (GSMNP). This park is part of an All-Taxon Biodiversity Inventory (ATBI) where mycologists from the University of Tennessee had been documenting the fungi since 1934. Fire suppression efforts in GSMNP had prevented the park from burning over the past century. After the wildfire, Dr. Karen Hughes and colleagues had a pretty simple question to explore:

Would there be new fungi because of the fire?

The answer turned out to be yes. There were several species of fungi that had never been documented from the area after nearly a century of documenting fungi. They also observed new behaviors in some previously known fungi as well as new understanding of their diversity.

In 2019, I traveled to southwest Colorado accompanied by Database Associate Rick Levy. This was part of a trip that Rick documented in another blog post. Our goal was to explore the site of 2018’s 416 Fire, north of Durango, to look for fire fungi. The fire burned over 57,000 acres in a remote area along Hermosa Creek. Although it was dry and late in the season, we were still able to find several species associated with fires. Our finds included the always charismatic, and aptly named, “goblet” fungus Geopyxis carbonaria. There were also some common ectomycorrhizal fungi like Lactarius scrobiculatus. 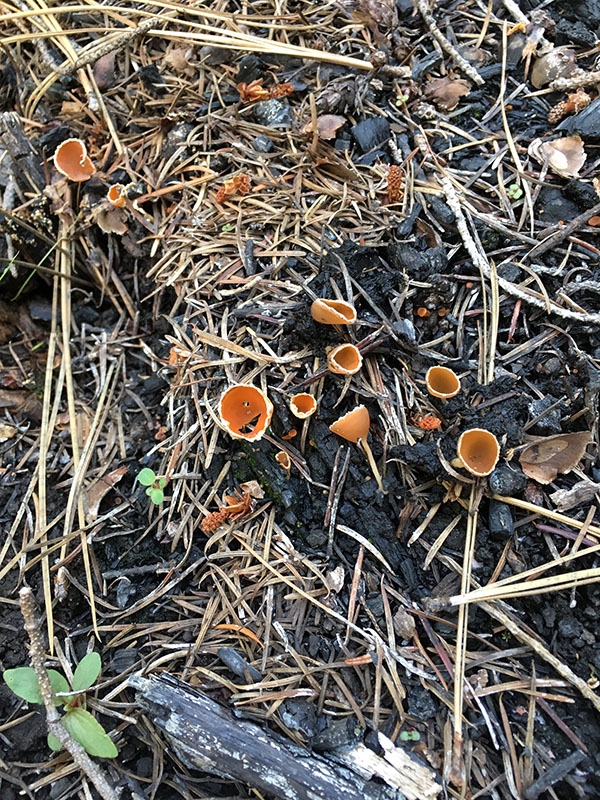 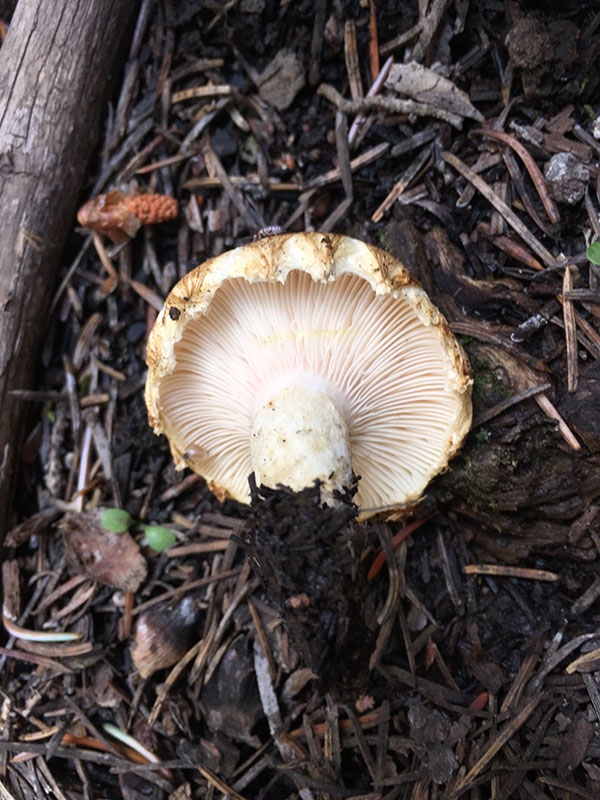 Most fire associated fungi appear the first year after the fire in the spring, when the ground is moist from melting snow. The most famous would be the morels, of which there are several pyrophilous species, often found after a burn. A good reference for common Rocky Mountain burn fungi is “The Essential Guide To Rocky Mountain Mushrooms By Habitat” co-authored by our very own Vera Evenson. However, this likely just scratches the surface. In the Southern Rocky Mountains, there is still a lot to learn about the fire fungi. In 2021 we’re looking forward to surveying some of the burn areas this spring to see what potentially new pyrophilous species we can find from Colorado’s forests. 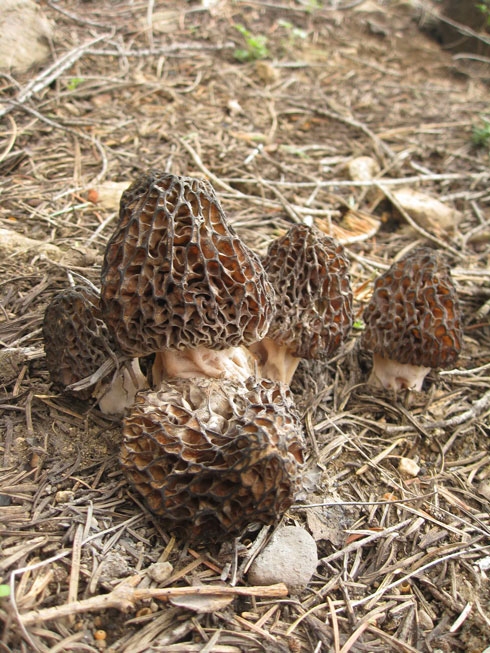