Operation Pollination: Who are our pollinators?

When we think of bees, we usually think of honeybees (Apis mellifera) that are kept by a beekeeper. But honeybees were originally wild bees native to Europe. Honeybees are naturally social and live together in large colonies where different types of bees perform tasks to benefit the hive, such as collecting food, caring for the young, etc. They are also generalists, meaning they will visit a wide variety of flower types.

Beekeeping was developed to get honey and have reliable crop pollination. It was brought to the new world by European settlers. Since then, honeybees have become indispensable to American agricultural production. The American Beekeeping Federation estimates there are 2.7 million managed honeybee colonies in the U.S. Many crops rely heavily on honeybees—the almond industry is 100 percent dependent, requiring 1.8 million colonies every spring. No pollinator, no almond. As a result, two-thirds of hives are trucked around the country every year following the crop blooms, starting with almonds in California and moving on to cherries and apples later in the season.

Just as Europe has native bees, so we have ours. Of 20,000 bee species worldwide, 4,000 are native to the U.S. and more than 950 to Colorado. Think about that. Almost 1,000 different wild bee species in Colorado alone. That is a lot of bees. From large and fuzzy, like bumblebees, to small, dark and shiny. Some are black with blue iridescence, like mason bees, and some metallic green, like some sweat bees. 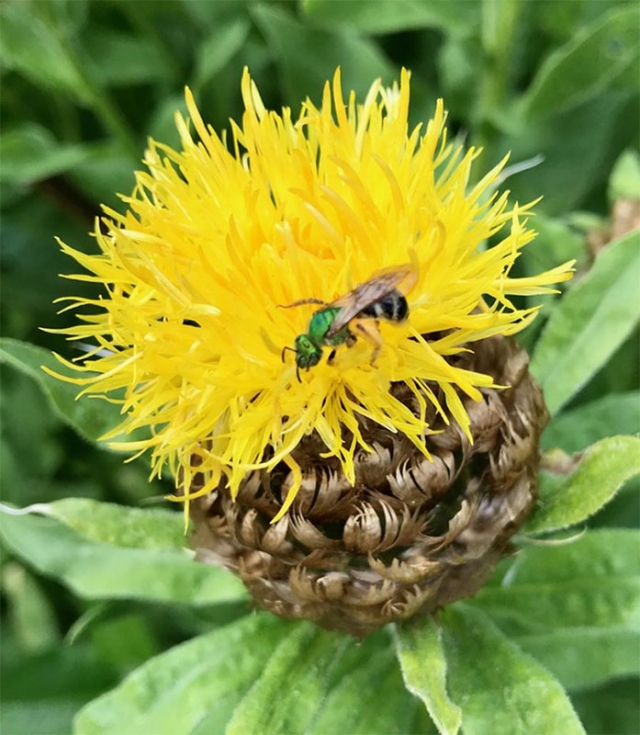 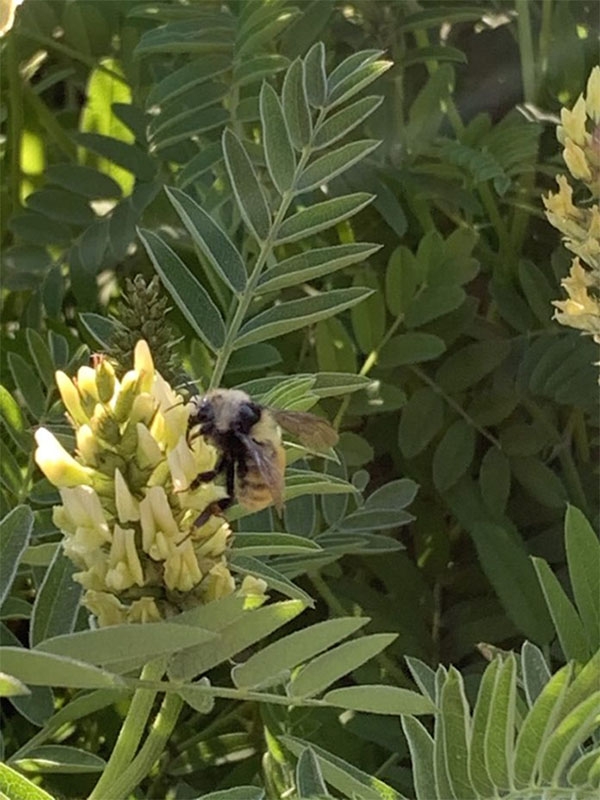 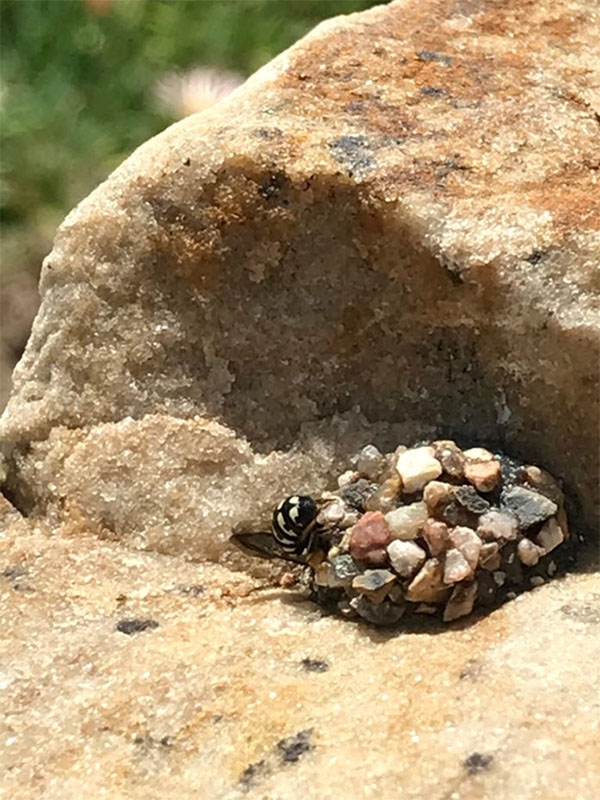 Pebble bee and its nest

All are important pollinators. Unlike honeybees, most of our native bees are not social but solitary. Instead of living in large colonies, they live on their own, find their own food, make their own nest and care for their own young. Seventy percent nest in the ground while the rest in cavities, like pre-existing tunnels in old wood and dried out plant stems. All are suffering population declines and can benefit from what we do in our own gardens to support them: food, water, nesting opportunities and safety from pesticides.

Who’s out and about?

Again, at this time of year, you will mostly see honeybees and bumblebee queens out on warm sunny days.

Refer to the list in last month's blog for plants that usually bloom this time of year that you can add to your garden for early season pollinator support.

What else can you do now?

Read "The Bees in Your Backyard" by Joseph Wilson and Olivia Carril to learn more about native bees. Get involved in a citizen science project that will help pollinators and other wildlife. Some opportunities include: