A Good Seed Can Be Hard to Find

Plant biodiversity is being lost at an accelerated rate as a result of climate change, habitat degradation and multiple other factors. To conserve native plant species, many institutions are turning towards ex situ methods, such as storage in seed banks. Seed banks store seeds at low moisture (3-7 per4cent moisture content) and temperature conditions (-20°C or below), which slows the rate of deterioration and the loss of viability, allowing for the preservation of some seeds for up to hundreds of years.

Importantly, seed collections are not established as a replacement for conserving populations in the wild, but rather to serve as a precautionary measure in the case of species extinction or population destruction. If a species or population were to become extinct in the wild, the stored seeds would allow for its reintroduction or restoration. 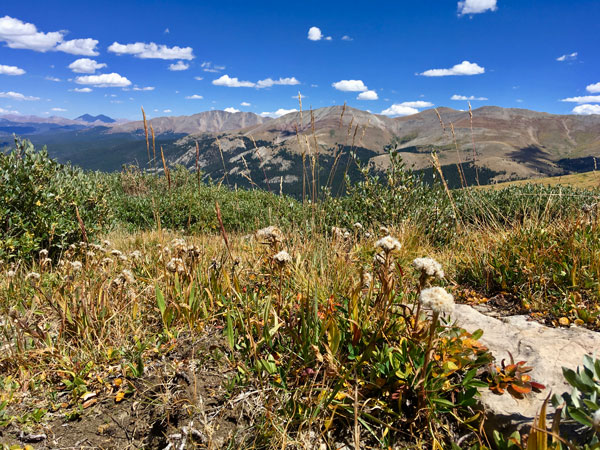 The Research & Conservation Department at Denver Botanic Gardens collects seed of native Colorado flora across the state, with a focus on the conservation of rare and threatened taxa. Before seed collection can occur, however, the populations need to be located. Gardens’ employees, along with a group of dedicated volunteers, scout for and track populations of Colorado’s rare species. If the population is deemed to be large and healthy enough for seed collection, we monitor the maturing fruits until we determine the optimal time for seed collection.

We aim to collect seed from at least 50 plants per population to capture a large amount of the genetic diversity present in the population, which allows for a healthy reintroduction or restoration in the future. Furthermore, for rare plants we don’t want to collect more than 10 percent of the viable fruit present in the population, so as not to harm the reproductive capacity. Finding populations that allow for these specific collection measures can often be tricky.

During the field season of 2018, Gardens’ staff and volunteers scouted for 30 species across the state, often with multiple populations per species. Because it was such a dry year in Colorado, many of the populations were not healthy enough to make seed collections, particularly in the more arid areas of the state. However, we were able to collect seed from seven species (eight populations in total) from primarily high elevation habitats. Six of these species are rare or threatened and one is common.

The species that were collected are: Physaria bellii, Castilleja puberula (two populations), Heterotheca pumila (common), Ipomposis globularis, Physaria alpina, Saussurea weberi and Telesonix jamesii. The latter six species have never been collected by Gardens’ staff and are new additions to our ex situ seed collection. We are hoping to collect seed from three more species before the field season is over.

The Gardens collects seeds of native Colorado flora to conserve species ex situ with an effort to include alpine species in our seed collections.
4
photos

How do we buy seeds this year from the Garden?
.Please let me know as soon as possible.

Seeds for sale at the online 2020 Spring Plant Sale

We will have seeds for sale at our online 2020 Spring Plant Sale. Online pre-sale begins at 10 a.m., Monday, April 27, 2020. Tickets are selling fast for the online pre-sale and are limited! Member and volunteer online shopping begins 10 a.m. Tuesday, April 28, and closes Friday, May 1, at 4 p.m. Timed and socially distanced order pick-up will take place May 6-9 on the top deck of the parking structure between York Street and Josephine Street.

I am looking for grass seeds, in particular RHYNCHELYTRUM (Melinis) and I think you have a strain "nerviglume" that the garden developed and sell as Pink Crystals.
I also am trying to find a MUHLENBERGIA and in particular a (capillaris) "PINK Muhly" further a Pink Muhly Dwarf.
Any information you can provide will be appreciated
Thank you