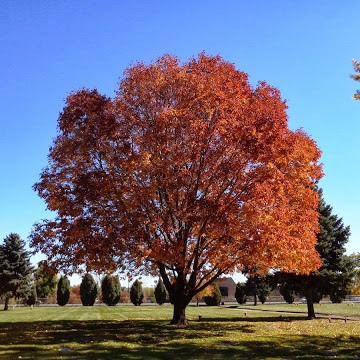 "Disaster in slow motion" is a phrase that has been applied to many phenomena including global warming, the collapse of biodiversity, chronic drought...and most recently it's been appled to the Emerald Ash Borer (Agrilus planipennis: henceforward referred to as "EAB") a green beetle from East Asia that was introduced accidentally in wood pallets in Detroit fifteen years ago. Since that time it has infested billions of ash trees in twelve states. The cost for removing dead ash from the urban forests of America is already climbing into the millions for even small cities, and the concomitant issues: thinning of the urban canopy, storm water abatement, air quality--these costs are hidden but real. No wonder when EAB was confirmed in Boulder only twelve weeks ago, arborists and decision makers across Colorado practically panicked. Ashes comprise around 15% of the trees in Colorado's cities: the cost for removing and replacing these trees over a short period of time is truly astronomical and daunting.

On Tuesday of this week, several of our staff joined hundreds of arborists from across the state and beyond at a daylong Emerald Ash Borer Management Seminar sponsored by Denver Parks and Recreation, the State Forest Service and Davey Tree. Several local authorities as well as those from some of the first areas affected by EAB gave very informative presentations that helped dispel some of the panic and provide some clear options. Several points that emerged were that because of Colorado's compartmentalization into different river drainages, the progress of the insect will likewise be compartmentalized. Since enough cities are separated by open space where ashes are not present, the progress may likewise be slower. A multiplicity of factors are showing that there are viable options for preserving many ashes with timely insecticidal treatments, and that a coordinated effort could preserve many ashes for a long time--rather along the lines of the strategy pursued with American elms--many fine specimens of which are still standing throughout our region despite the fungal infestation that destroyed nearly all of the elms in parts of the East.

Although there are compelling ecological and economic reasons to deplore this latest threat to our horticultural legacy--I came out of the meeting somewhat heartened by knowing so many professionals and decision makers cared, and that there were some practical strategies that will mitigate if not forestall this impending "disaster in slow motion". This link to a paper by Dr. Daniel Herms, Professor at Ohio State University at Wooster, gives a good summary of the methods that will likely be used to preserve many--alhough by no means all--of the tens of thousands of ashes that grace Denver and the Front Range.

Ashes to ashes--but not yet quite to dust!