Of Sweetgums and snow! Abrupt transitions... 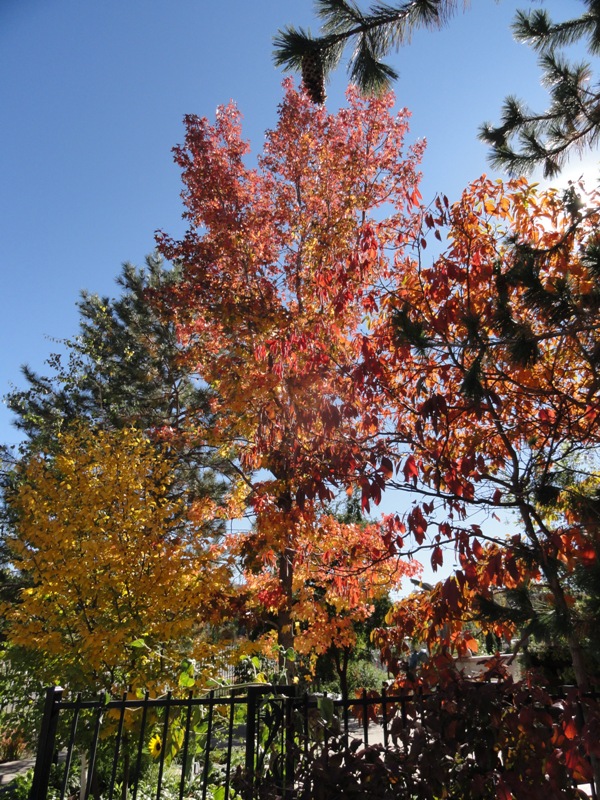 Colorado is reputed to have such a harsh climate that many trees could never grow here, like flowering dogwoods (Cornus florida) or Sweetgums (Liquidambar stracuiflua). Once again, conventional wisdom is proved WRONG  by Denver Botanic Gardens! We boast a fabulous specimen not far west of York St. in the Sensory Garden: I have admired this the last ten or fifteen years it has been growing rapidly, but only last year and this year has it finally fulfilled my expectations for fall color: right next to our only Sassafras, it rivals that magnificent tree in its fiery foliage. Yes, yes...I know we had 8" of wet snow yesterday. Both Sassafras and Liquidambar (and most every other tree at the Gardens) came through very well. Everyone panics with our untimely snows (and we do get them every year!), but plants are resilient, and the better plants are almost immune! So keep planting better plants! 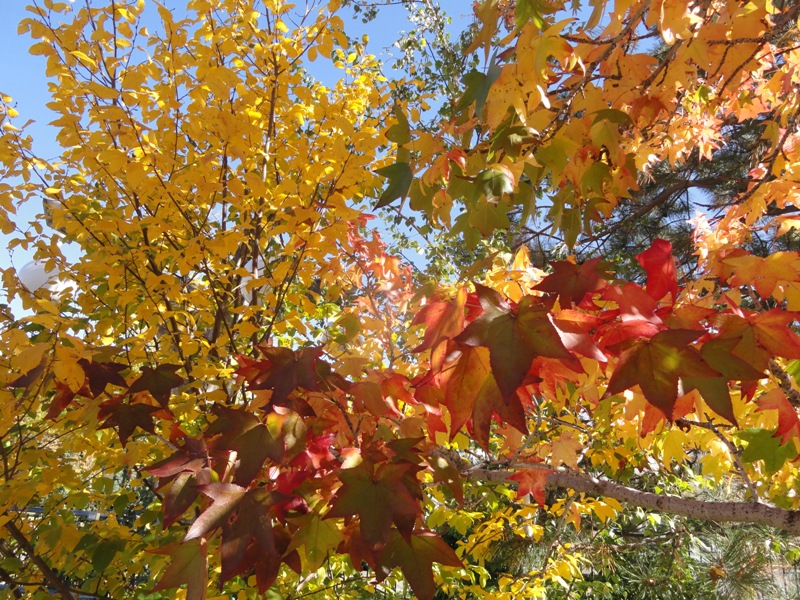 "Boston ivy" (Parthenocissus cuspidata) is not seen nearly as much as English ivy in Colorado. This Japanese cousin to Virginia Creeper is rather neater in growth form--rather resembling a deciduous English Ivy--and the fall color is often quite good. This year it has been exceptional. The Waring house positively glows!

Every keen lover of fall color I speak to says the same thing: this has been a magnificent year for fall color. When Green Ash (Fraxinus pennsylvanica), American elm (Ulmus americana) and all the Lindens turn brilliant yellow and positively glow you know it is a really good fall color year. Combined with the ubiquitous scarlets of Freeman Maples (Acer freemanii) and the glowing deep purple and gold of White Ash--which is also very popular--the street scene around Denver was very New England. I have a hunch that the show will continue well into November. Colorado does Indian summer with a vengeance, don't forget! With our Allan Houser sculpture exhibit, it is all the more appropriate it do so.