HOW TO IDENTIFY FLEA BEETLES

To identify flea beetles in your garden, it is easier to look for the signs of their feeding (feeding injury described below) than it is to look for the beetles themselves. Finding the species of flea beetle depends on what plants they are feeding on (see table 1 about halfway down the page). They don’t typically get any larger than 1/16 of an inch in length, so flea beetles are very small and will quickly jump to escape—like fleas!

WHEN DO FLEA BEETLES APPEAR?
Adult flea beetles overwinter in plant residue and in the soil and cause injury early in the planting season as they are emerging, typically when temperatures reach 50ºF (10°C). Eggs are laid at the base of plant stems in early summer after the spring feeding period, and most larvae feed at the roots later in the season.

FLEA BEETLE INJURY
Adult beetles feed on foliage and produce “shotholes” in the leaves. Flea beetles usually don’t cause fatal injury to established plants because the leaves are already large enough to survive with a few holes. There is a possibility that the beetles spread bacterial diseases, such as wilts or blights, from plant to plant and garden to garden.

HOW TO PREVENT FLEA BEETLES
In the spring, emerging flea beetle adults will be starving. If possible, reduce their food supply by delaying planting by a couple weeks.

In the fall, you can try to till your garden to unearth any hiding flea beetles to expose them to the colder temperature.

Flea beetles have shown to be repelled by catnip and basil, so planting these may reduce their numbers.

You can utilize species of plants that are attractive for the beetle as traps so that they do not attack other, more valuable, plants.

HOW TO MANAGE FLEA BEETLES
Although flea beetles are common, injuries often are insignificant to plant health.
Try this homemade spray to control flea beetles:

First be sure to test out the mixture on a leaf of the plant. Let it sit overnight, then spray the rest of the plant if you don’t notice any adverse effects. Spray the mixture on the foliage of garden plants that are susceptible to these pests, making sure to also spray the undersides of the leaves.

Another option is dusting your plants with plain talcum powder, which can help repel flea beetles on tomatoes, potatoes and peppers. You can also use white sticky traps to capture the flea beetles as they jump between plants. Insecticides may be used early in the season but are generally unnecessary in the control of flea beetles on adult plants. 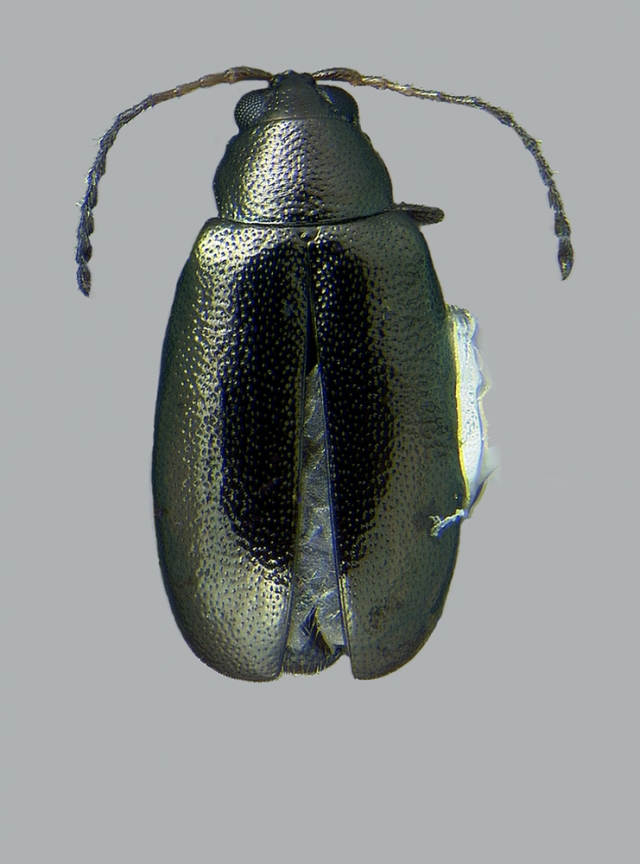