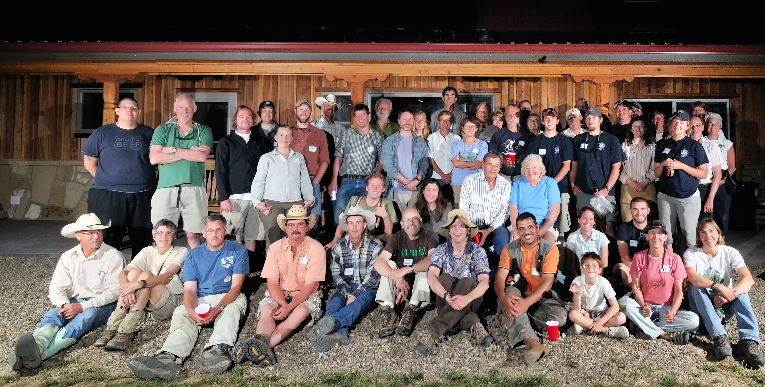 Q: What do you get when you set loose over three dozen passionate biologists who study animals, plants, and fungi in a nearly pristine ranch in Southeast Colorado for a 24 hour period?

A: A BIOBLITZ! Last week was the first ever comprehensive biological survey of JE Canyon Ranch, an area east of Trinidad, Colorado.  The primary organizers were Dina Clark, Curator with Denver Botanic Gardens, and Renée Rondeau of the Colorado Natural Heritage Program.  Jerry Wenger, the owner of the ranch, hosted the event, opening his amazing property to the 50+ individuals who participated, representing (in no particular order): Denver Botanic Gardens, Colorado Natural Heritage Program (CNHP), the Division of Wildlife (DOW), Rocky Mountain Bird Observatory (RMBO), Colorado State University (CSU), Nature Serve, University of Colorado (CU), Colorado College (CC), University of Denver (DU), and the Colorado Cattlemen's Agricultural Land Trust (CCALT). Individuals from these organizations, who included academic scientists, students, museum curators, ranchers, and other volunteers, documented 920 species, including bats, other mammals, fish, insects, plants, fungi, amphibians, and reptiles.  The "moth folks" alone documented 181 spp, some expected to be quite rare and likely to be the first time they have been documented in the state. Mr. Wenger was an important sponsor of the event, including providing catered meals and an ENT (I don't think he was needed, thankfully).   Participants were also grateful to Fat Tire Brewery, which donated six cases of beer. 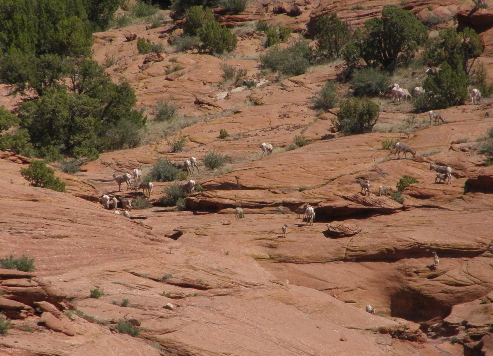 PLANTS:  Located Allionia incarnata a plant that has only been collected in Colorado 4 other times, this plant is in the Four O'Clock family and the species is common in the Sonoran and Chiuhuahan Deserts.  Located Soapberry, Sapindus drummondii, a rare tree in Colorado, known from fewer than 10 locations in Colorado, another plant that is common further south. VERTEBRATES:   20% of all of Colorado's vertebrates were found on this ranch!  Colorado has roughly 500 native vertebrates, so the fact that we found 20%  (100) of these on one ranch speaks highly to the diversity and function of the ranch. BIRDS:  24 percent of Colorado's breeding birds were documented on the ranch.  Hepatic Tanager, a rare bird in Colorado, was located in the pines.  This species is another species that reaches its northern range in southern Colorado.  Gray Vireo, an unusual bird for the eastern plains of Colorado was also located in the pines. AMPHIBIANS AND REPTILES: 25 percent of all of Colorado's amphibians and reptiles were found in spite of the hot and dry nature of the bioblitz.  The triploid checkered whiptail is endemic to this area and was abundant throughout the ranch; the plains leopard frog was observed in many locations, a species that has been declining in other areas.  Most notable was the lack of the introduced bullfrogs, one of the Plains Leopard frogs enemies on the Purgatoire tributaries, however, someone did note that they heard bullfrogs calling on the Purgatorie River-reason to be diligent about future monitoring. INVERTEBRATES:  Nearly 500 insects were documented, but Boris Kondratieff, one of Colorado's invertebrate experts, believes the ranch could hold as many as 2,000 invertebrates! FUNGI:  Although only 9 fungi species were documented, the leading expert, Vera, believes they would have found many more species if it had not been so hot and dry.  She documented some very old micorbiotic crusts that will be identified later; one of these she believes could be hundreds of years old! MAMMALS: Two large herds of big horn sheep were observed in the canyons, a very fast swift fox was observed running across the prairie, and a juvenile mountain lion skull that was apparently killed by the jaws of another large male lion and left above Johnson Canyon where a biologist stumbled across it. This opportunity brought many diverse folks together to study a diverse landscape for a mere 24 hours.  That we found as many species as we did documents the ecological importance of the area.  We are positive that if we get the opportunity to conduct a fall bioblitz we will increase the number of species significantly. We (Jerry Wenger, Renée Rondeau of CNHP, and Dina Clark of Denver Botanic Gardens) thank all of the folks that participated in this event.  Special thanks to Jerry and Sonja Wenger for their generous nature and inherent interest.  Ranch managers Ralph and Curtis Tichnor sweated the details, figured out how to get the biologists around as well as keep them comfortable when they weren't looking for species (they also made sure Dina and Renée had all the help they needed in preparing for this event); the Denver Botanic Gardens assisted with travel resources for scientist, and Jim Davis, Cam, Shane, Kari Wenger, and Chris West (CCALT) shared ranch knowledge and assisted in driving biologists to the nooks and crannies of JE Canyon.  And where would we have been without Chef Ralph!  We are sure that this event is the beginning rather than the end of more good things to come.