The corpse flower bloom, native to rainforests of western Sumatra (an Indonesian island), has a foul odor that resembles decaying flesh. The potency of the aroma increases from late evening until the middle of the night and tapers off as morning arrives. It does not smell until it blooms. The smell is produced to attract flies and carrion beetles for pollination. While blooming, the spadix (the large spike) warms to 98 degrees, further vaporizing the odor and increasing the range from which pollinators are attracted. 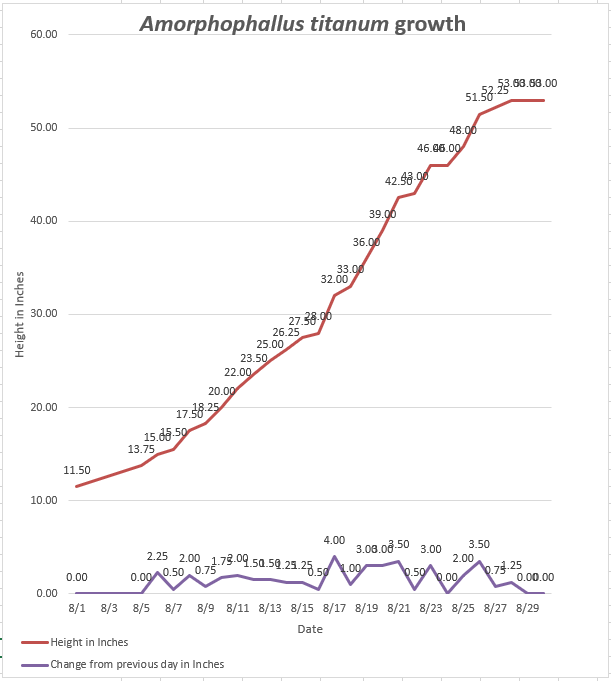