As the Greek government, its creditors, and the bankers at the International Monetary Fund continue to discuss Eurobonds and interest rates, my thoughts have wandered from the European Central Bank to another sort of bank altogether—the seed bank.

In a previous blog post I described how before germinating many seeds commonly go through dormancy which can last a few weeks, a few years, or even a few decades.  Those patiently waiting dormant seeds are collectively referred to as the seed bank.

How many dormant seeds exist in any given place depends largely on how often the area is disturbed.  Because long-term dormancy is an adaption that helps seeds to germinate during the best of variable conditions, ecosystems with stable climate or few physical disturbances usually have relatively small and/or transient seed banks.  Seeds simply have few reasons to wait in such places (beyond waiting for the correct season to germinate).  Ecosystems with more variable climate or more frequent disturbances tend to have much larger seed banks.  Most of the temperate globe falls into this category. In The Origin of Species, Charles Darwin observes that an astonishing 537 seedlings appeared over 6 months in three tablespoons of soil he collected from an English pond margin.

In places that are very regularly disturbed or that have been very recently disturbed, the species represented in the seed bank usually closely match those growing above ground.  As the process of ecological succession continues, though, the species composition of the seed bank diverges from that of the above ground flora.  Thanks to the seed bank, the earlier species aren’t necessarily gone for good. When new disturbances occur, be they fire, burrowing animals, road-building mammals, or erosion, species that may have been absent for years can reappear from the “plant diversity savings account” to take advantage of the upheaval. 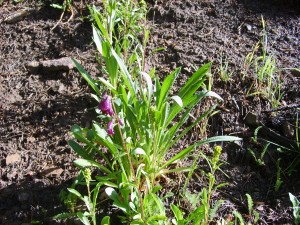 In Colorado, beardtongue (Penstemon) species thrive in disturbed soil but will disappear as plant communities mature.  Where patches of earth have been disturbed, though, beardtongue will reappear, often after years of absence. Many noxious weeds take advantage of disturbance in the same way, which is why minimizing disturbance in wild areas is often a component of weed management plans.

Colorado is also home to a rather unusual seed banker—lodgepole pine (Pinus contorta var. latifolia).  While many trees release their seeds annually, some individuals’ cones remain tightly closed on the tree for years beyond when they mature, only opening after fire.  This strategy, used by plants in ecosystems with regular fires all around the world, ensures that seedlings will have ample light and nutrients in the recently cleared ground. 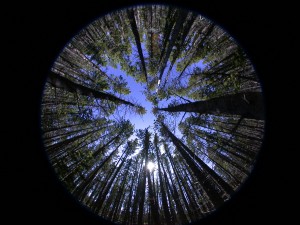 Seed banks help keep our wildflowers blooming and our forests young, but your relationship with them might be closer than you think.  The seed bank can be the source of some gardening-related frustration:  persistent weeds.  Seed banks, and particularly those of weeds, can be quite large in gardens because cultivation handily retires seeds to deep repose and then resurrects them at regular intervals.  Even if one is diligent about removing weeds from the garden before they flower or set seed, new offenders can sprout year after year.  The only option is to remain diligent and wait until the seed bank exhausts itself.  Considering that in one experiment some species of mullein and mallow remained viable in the field after 80 years, it could be a very long wait.

This post is second in a series, "Four-Minute Ecology."  New columns are posted every other Tuesday.